Ammoussa or Amousso is one of those pristine small beaches which you might easily miss if you’re not watching carefully. It would be a shame to miss it, though, it offers much more than its size suggests. It’s located in southern part of the Lefkada island close to Vassiliki, Kontarena, Marantochori and Evgiros to the north.

While there’s a small peninsula just around its corner, no settlements can be found further down south. Ammoussa and other surrounding beaches, together with some residences and rental lodgings are pretty much the only thing this south on Lefkada. Most of the times, it will not be crowded, even during the peak of holiday season. 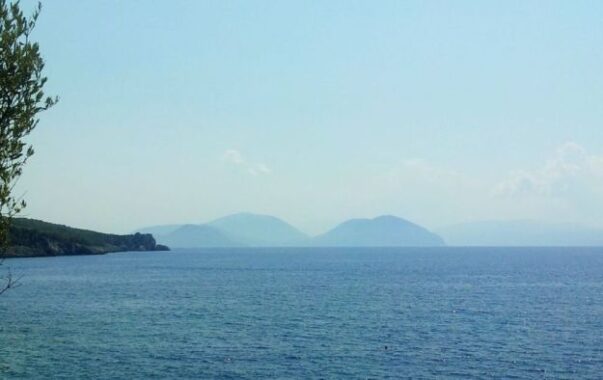 Since there are no nearby settlements, we don’t have many amenities as either. Taverna and a cafe are only things worth the mention, apart from some local residences which are largely unavailable for rent. Instead, Ammoussa offers pebbled beach with turquoise waters and a lot of greens in its surroundings. Sunbeds and umbrellas can be rented, so you don’t have to bring your own so far away from your place of stay. You will, probably, have to get here by car as walking from any of aforementioned towns isn’t really an option on Ionian summer heat.

There are at least plenty of parking spaces, and if you’re lucky, you might even find one in the shade. This one basically represents a small bay, flanked by green shrubs and rocks. Of course, it’s open towards the sea up front, but winds aren’t really a factor here. This also means that water sports aren’t really Ammoussa’s specialty, and how would they be given beach’s small size. Instead, the beach usually attracts families – whether local or tourists. 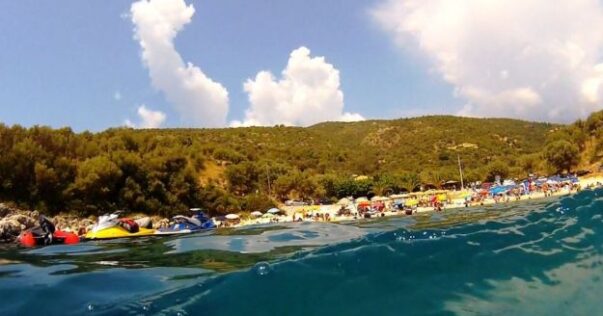 Close vicinity of the beach does offer some accommodations. For starters, there are Amarandos Villas to the east and Villas Petalas to the west of the beach. Mentioned southern peninsula offers Villa Arbutus and Villas Eden, and they all gravitate towards the Ammoussa beach since there’s nothing else of renown in the vicinity. Most people frequenting the beach, however, are coming from the north, and mentioned resort towns. Those that look to break away from Vassiliki, and its wild parties and water sports are always welcomed by calm Ammoussa. We’ll skip mentioning all Vassiliki, Kontarena, Marantochori and Evgiros accommodation as there are too many rentals in these four towns. You’ll easily find everything you need in any of them.

Apart from being frequented by families, Ammoussa is more than suitable for children – given its calm bay waters and all. This beach is just a perfect spot for camping, and it actually features a camping ground in its near vicinity. While it might be on the small side, it is rather large in terms of its beauty. Our guess is that people say this for pretty much any beach, but it’s no wonder why this one even exists so far from Lefkada’s settlements. It’s just neatly tucked away in its cove, and protected from all sides. 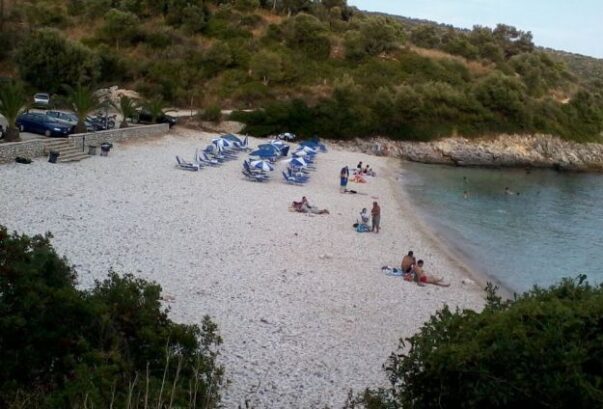 Ammoussa should really be visited if you’re frequenting southern part of Lefkada Island. If you have a car, even better. That way you won’t have any trouble getting there, and you certainly won’t regret it. What’s one day out of ordinary path, after all? This is where you’ll find peace and quiet for yourself and your entire family, and give your little ones the chance to play all day long without the need to watch them every step of the way. Ammoussa will certainly reward you for visiting it, and in many ways at that.