There are very few better-known and versatile locations than Lefkada if you’re up for a Ionian Sea summer holiday. It’s located straight in the middle of Greek Ionian Sea coast and thus represents a great base of operations if you’re planning on going up and down the coastline. This island is connected to the mainland via causeway with a bridge, and if you’re planning on getting there by road, you’ll first enter the city of Lefkada itself. There are no international airports anywhere near, and closest one is Aktion National Airport which is quite close by on the mainland. Apart from that, there’s also a ferry which connects the island with Kefalonia, Ithaca and Meganissi – another trio of Ionian Sea islands in close vicinity.

There’s no need to mention anything about Lefkada’s weather. It’s typical Mediterranean with hot summers and pleasant winters. It’s possible to visit this island during the offseason as well, but your activities will be rather limited that way. This is still a typical summer destination with plenty of beaches for all age and social categories. Water sports, windsurfing, sun, sea and sand, recreation and wild 24/7 parties are something that describes Lefkada – and pretty much most of Greece’s Ionian coast for that matter. 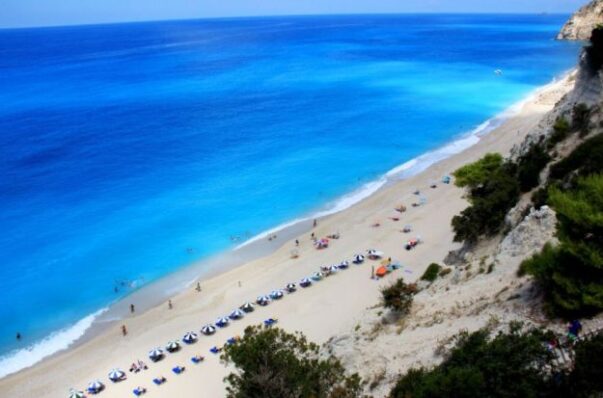 From above mentioned, it’s easy to figure out that this is mostly a resort island. Lygia, Nikiana, Perigiali, Nidri, Vasiliki and other resorts are just a sample of what this island has to offer. Even though all of them have their own beaches, Lefkada is best-known for its famous Porto Katsiki beach. This long and narrow beach is situated just below a steep cliff which gives it its attractive demeanor. It has recently been struck by an earthquake which collapsed a part of the cliff onto the beach itself, but everything should be fixed up by the time next season arrives.

So, what’s there to do on Lefkada besides spending days on beaches and nights in countless bars and clubs? Plenty! We have already mentioned windsurfing. Southern part of the island is ideal for the sport. Vasiliki in particular attracts many adrenaline cravers – plus it’s the closest resort to aforementioned Porto Katsiki beach. If you’re new to windsurfing, you’ll have to pass the training which might last a few days. Don’t lose your interest during the time as it will be well worth it in the end when you start conquering the wind and waves by yourself. 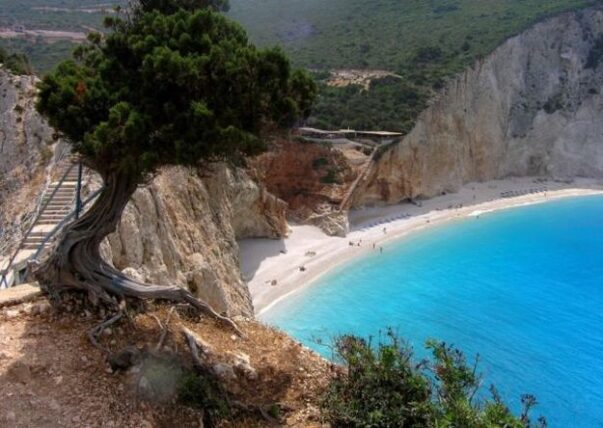 If you’re not as adventurous as countless windsurfers, but you’d like to spend some time on the sea regardless – there are many boat tours around the island that will be happy to have you on board. Bike tours too shouldn’t be forgotten as island’s interior offers plenty of mountain paths. After all, Lefkada’s highest point is 1,158 meters (3,799 feet) high Stavrota mountain. There are a kite club, archery range, kayaking and canoeing, and even couple of diving clubs for some rather unconventional experiences.

You should probably also visit the Papanikolis Cave on a nearby Meganissi island. You can do so by taking a boat tour from Nidri, and you’ll be surprised at how much history a cave on a Mediterranean island may hold. It used to be a WWII hideout for the Greek submarine Papanikolis from which it gets the name. Sheer size of the cave is astonishing, and it’s not the second largest cave in all of Greece for nothing. 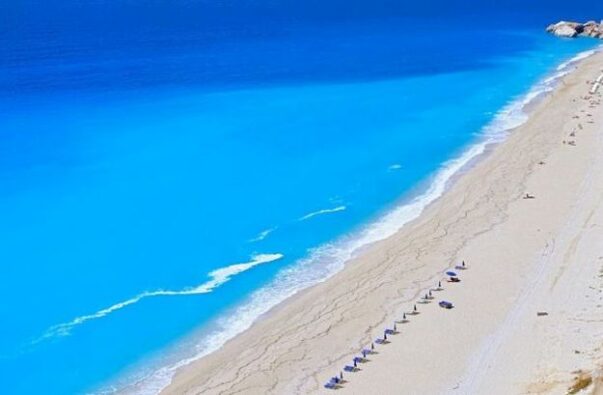 Being a rather small island, it doesn’t feature that many landmarks. Still, there are the Monastery of Faneromeni and Castle of Agia Maura close to Lefkada town. Ruins of Apollo Temple close to Porto Katsiki beach are barely visible today, but the lighthouse offers an imposing view towards Ithaca and Kefalonia. Sunsets there should be on your list of “to do things” – for at least once.

When all is said and done, Lefkada offers plenty of activities one can engage at, but doesn’t stray too far from well-threaded path. This is a summer vacation destination, and it’s mainly aimed towards the younger population. It’s cheaper than the Greek Aegean coast which further goes in favor of that assessment. Night bars are ever-present on entire island, and taking a drink (or a few) is probably the only way to spend the night there – apart from sleeping.